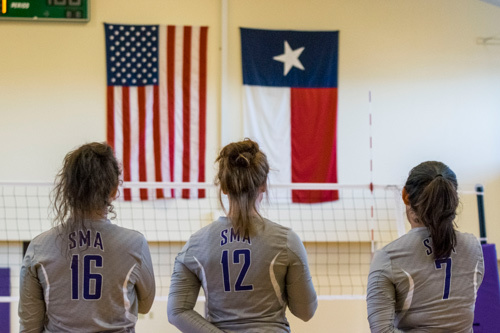 San Marcos Academy encourages students to get involved in sports, with upper school and middle school athletic programs for boys and girls of all skill levels. Academy coaches place a higher value on how an athlete plays than on the outcome of a game; sportsmanship, integrity, and character on the field or court are the values that characterize a winner at San Marcos Academy. It is this emphasis on sportsmanship that makes SMA athletes stand out among Texas boarding schools.

Below you will find links to the upper and middle school athletic team schedules that are currently available. Not all schedules for the year have been finalized, but we will add them as they are completed. The calendar at the bottom of the page includes all SMA athletic events. On the calendar, you can click on any away game entries for a pop-up window that will provide the address of the venue where the game or meet is taking place. For any questions about SMA athletics, please contact Toby Wade. Go Bears!