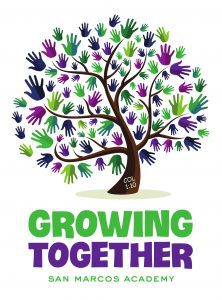 When the 2018-19 school year gets underway, the Academy will not only have a new President at the helm, but will also have a number of new staff and faculty members “growing together” as part of the Academy family.

Dr. Brian N. Guenther was appointed by the Board of Trustees to serve as the Academy’s fifteenth president, effective August. 1. He will succeed President Jimmie W. Scott, who will remain on campus in the Development Office through the fall semester. Read more about our new president in our July 19 blog. 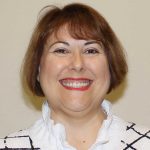 Also new to the administrative staff is Ms. Amy M. Bawcom, the Academy’s Associate Vice President for Development. Ms. Bawcom, who will joins Vice President Bobby Dupree in the Development Office, previously worked at Central Texas College in Killeen as Executive Director of the CTC Foundation and Director of College Development. Prior to that, she directed various development programs at Scott and White Healthcare Foundation and System in Temple and at the University of Mary Hardin-Baylor in Belton, where she also taught courses in English. Bawcom holds an M.A. Degree in English Language and Literature from Baylor University and a B..S Degree in English from Mary Hardin-Baylor. She is currently pursuing an Ed.D. Degree in Educational Administration from Mary Hardin-Baylor. 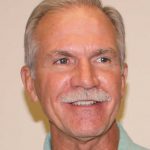 In the school office, Mr. Robert C. “Bob” Wiegand will take over as Academic Dean starting July 23. He is filling the position vacated by Dr. Guenther. Wiegand is a veteran educator, who has served as principal at Navarro Intermediate, New Braunfels Canyon High School and Medina Valley High School. Wiegand has his B.S. Degree in Kinesiology/Biology from Texas State University and a Master’s Degree in Education Administration from Texas A&M-Kingsville. He will be working closely with Mrs. Cindy Brooks, the Associate Academic Dean. 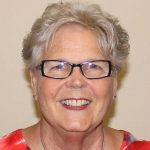 Mrs. Nancy Smith has joined the Academy as a Technology Support Specialist. She will work with teachers to assist with their IT needs. Mrs. Smith earned both her B.S. Degree and M.S. Degree in Education from Southwest Texas State University. Mrs. Smith has served previously as a Lecturer in the Department of Management at Texas State University and she worked for 28 years in the San Marcos CISD as a teacher and campus technologist.

Several new teachers will be joining the faculty in the fall. Mr. Daryl Fleming will teach theatre arts for both Upper School and Middle School. Mr. Fleming holds a B.A. Degree in English and Drama from Southwest Texas State University. Mrs. Lisa Wilson will be the new Middle School English teacher. She earned her B.A. Degree in History from the University of Michigan. 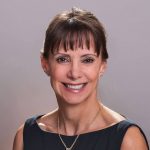 Mrs. Susan Jaggers will teach Upper School math and physics, replacing COL Max Smith, who retired in May. Mrs. Jaggers has a B.A. Degree in Mathematics from Temple University in Philadelphia and an M.S. Degree in Operations Research from the Naval Post Graduate School. She served 30 years in military service as a logistician, including two combat deployments, and currently serves as the mayor of Wimberley, Texas. 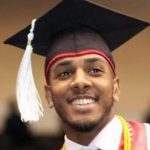 Mr. Immanuel Peterson will be replacing Mrs. Camillion McDonald as the Upper School Biology and Anatomy and Physiology instructor. Mrs. McDonald resigned to pursue a career with the State Health Department. Mr. Peterson holds a B.S. Degree in Science from the University of Houston and is completing his M.S. Degree from Texas State University. He will also be assigned some coaching duties at the Academy.

With the expansion of our Lower School to include grades K-5 came four new faculty members. Mrs. Connie Bagley (B.S. in Elementary Education from Southwest Texas State University) will be the Accommodated Learning Program Director for the Lower and Middle schools. Mrs. Bagley was recently inducted into the National Teachers Hall of Fame. She will work primarily with our students in grades K-8 who have mild to moderate learning differences, such as dyslexia. Classroom teachers in the Lower School will include Mrs. Holly North (B.S. in interdisciplinary studies from Southwest Texas State University) in the kindergarten classroom; Mrs. Paulette Davis (B.S. in Education from Southwest Texas State University), who will teach the first and second grade classes; and Mrs. Kayla Abshire (B.S. in Interdisciplinary Studies from Stephen F. Austin University), our new third and fourth grade teacher. 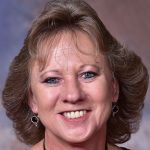 Not new to the Academy but new to her role is Mrs. Teri Nash, who will serve as Guidance Counselor next year. Mrs. Nash replaces Mrs. Lynne Ritchie, who retired at the end of the year after 31 years with the Academy. Mrs. Nash had previously taught English in the Middle School.

In our Student Health Center, Mrs. Susan Ledbetter now serves as Director of Health Services, replacing Mrs. Karryn Carnes, who retired at the end of the 2017-18 school year. Mrs. Ledbetter has been a nurse in the Health Center for many years and supervises a wonderful staff of nurses who serve our students well. 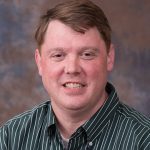