Junior ROTC
At Your Boarding School in Texas 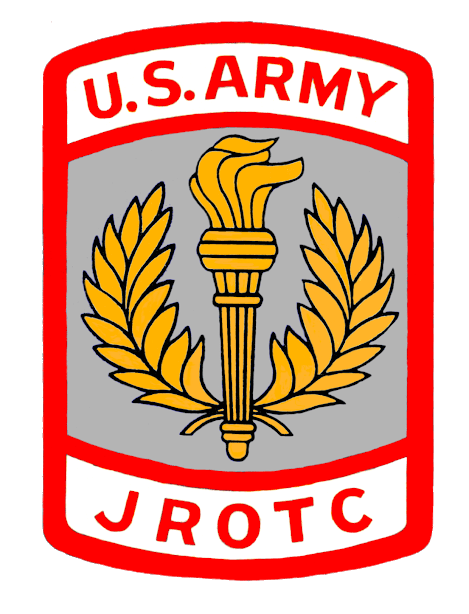 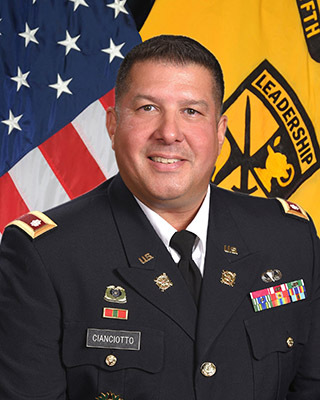 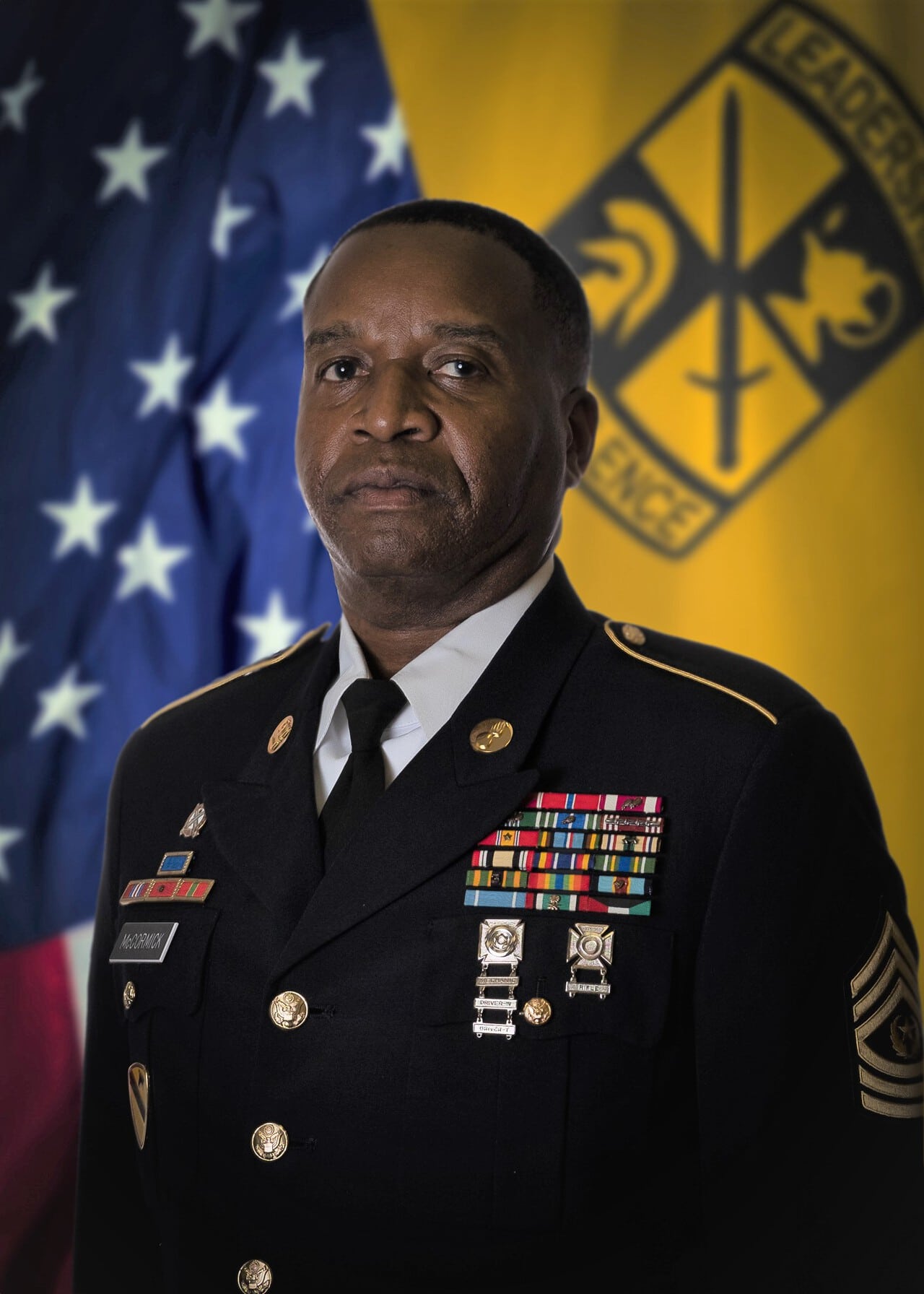 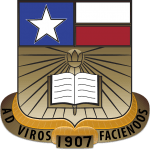 San Marcos Academy has a strong military connection which dates back to the World War I era, when the school was granted a Junior ROTC unit. The Academy requires all American upper school boys to participate in the Junior ROTC program during their first semester of attendance. Other than this requirement, participation in Junior ROTC is voluntary for both boys and girls. The San Marcos Academy Junior ROTC program is affiliated with the United States Army and is designated as an Honor Unit with Distinction.

History of Army Junior ROTC
The United States Army Junior Reserve Officers’ Training Corps, Junior ROTC, came into being with the passage of the National Defense Act of 1916. Junior ROTC is a continuing success story. From a modest beginning of 6 units in 1916, Junior ROTC has expanded to more than 1700 schools today and to every state in the nation as well as to American schools overseas. Comprised solely of Army retirees, the Junior ROTC instructors serve as mentors developing the outstanding young citizens.

Purpose of Junior ROTC
The purpose of the Army Junior ROTC is to teach students character education, academic achievement, wellness, leadership, and diversity. It is a cooperative effort between the Army and the high schools to produce successful students and citizens, while fostering in each school a more constructive and disciplined learning environment. . For more information on the value of the Junior ROTC program, read the blog by LTC Lenny Cianciotto. 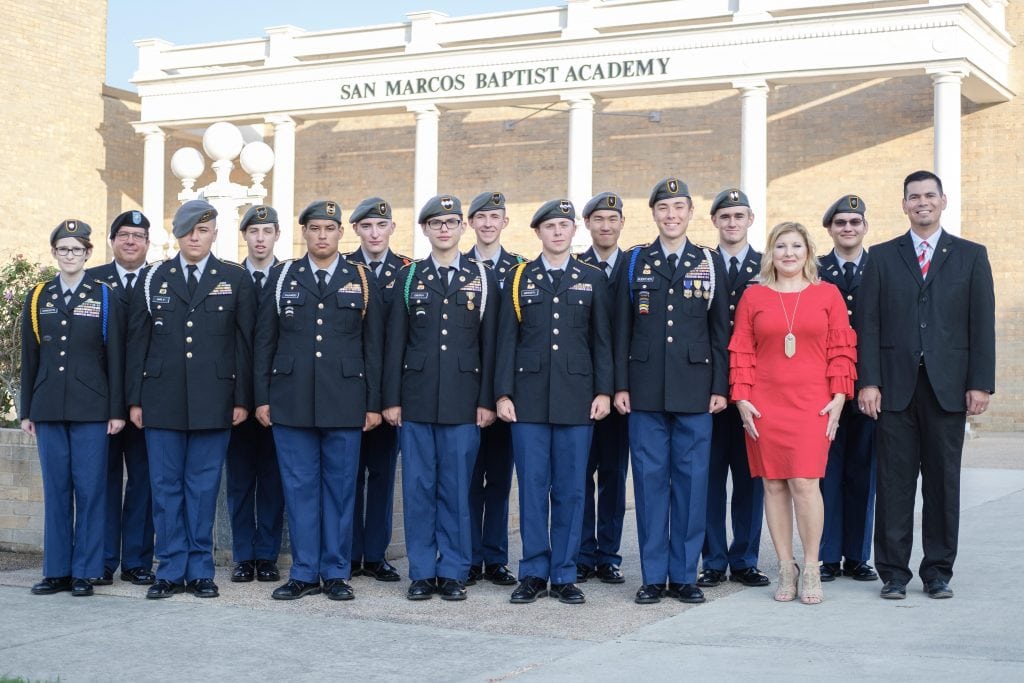 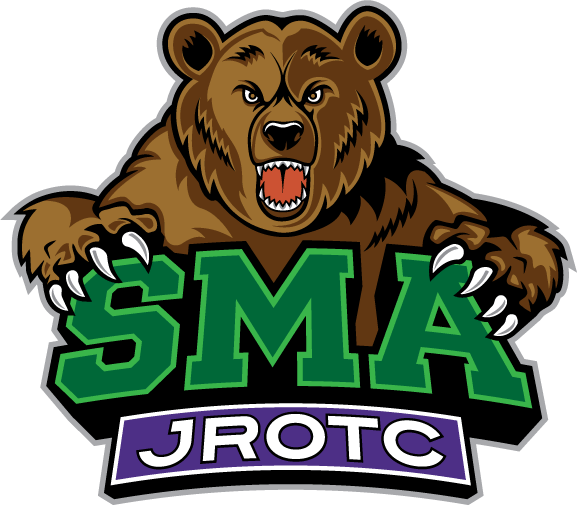 San Marcos Junior ROTC Bear Battalion
While San Marcos Academy was never one of the military schools in Texas, the Academy launched its program of military training in 1917. The United States Army granted the Academy a Junior Unit of the Reserve Officers Training Corps that year. Immediately, the military uniform and discipline became part of the life of the students of San Marcos Academy, instilling self-discipline, patriotism, leadership, and responsibility just as well as any military schools in Texas can.

Today participation in Junior ROTC is required for all upper school boys who are U.S. citizens for their first fall semester of attendance at our boarding school in Texas.  This includes transfer students as well as current SMA middle schoolers moving into the upper school.  After this, participation is voluntary.  Additionally, membership in the Corps of Cadets is available on a voluntary basis to all upper school students, including females and international students, who choose to participate.  Students participating in the Corps of Cadets are issued a military uniform to wear on designated days. Cadets also are required to participate in a Leadership Lab. There is NO obligation of any kind to join the military after high school.

NOTE: The 2020 Military Ball will take place on Saturday, Feb. 1, from 5:45 to 9:30 p.m. in the Academy Dining Hall. Cost for the event is $25 per person and reservations are due to Jan. 20 to LTC (Ret) Lenny Cianciotto. All girls must have their dresses approved in advance by the Dress Committee by sending photos of themselves in the dress (front and back view) to dressapproval@smabears.org.  Any cadet who wishes to ask a non-SMA student to the Military Ball must submit the Google Guest Form 7 days prior to the event.

Promotion and Awards Ceremonies: During the Fall and Spring, the Bear Battalion presents a modified promotion ceremony. Likewise there are awards ceremonies in the fall and spring.  Parents and family members are invited to view these ceremonies.

Marksmanship Team: We have an active marksmanship team who are able to compete at select events.

Sabre Guard: This team is called upon to provide a formal introduction for participants during special events. The Guard practices the week before they are scheduled for performance.

Orienteering Team: While there is no routine practice for this team, the Bear Battalion participates in several orienteering meets throughout the year.

Our doors are always open to new students Apply Today