The Churchill Example: Meeting Expectations or Getting Things Done 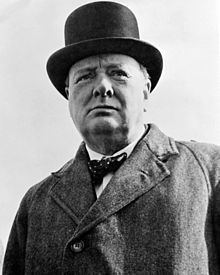 Have you ever noticed that those who get things done are not usually the most popular? These individuals are also not without their failures. They care less about appearances, and are risk takers. The opinions of others have less weight than the knowledge of their own character.

Lately, I have been taking on the three volumes of The Last Lion. This is the biography of Winston Churchill by William Manchester. It takes little effort to access that Churchill was not popular, even with his own political party. However, he was called on when situations were bleak. He was unpredictable in speech and mood, but was able to rally a nation to produce enough courage to face what he called “the tiger,” when the country was “in the tiger’s mouth” during Hitler’s reign in World War II.

Where would the British be if Churchill prioritized his image or acceptance of his contemporaries above his own imposing task? Isn’t this why we fail to achieve the things that we dream? Isn’t this why we fail to grow as people or as organizations? We have let the thoughts of others and what they think determine whether we attempt the good we should do, or commit the sin of omission.

Perhaps our own history may be the deterrent of action. How do we deal with our own failures? Churchill knew all too well the cost of mistakes. His tragedy at Gallipoli which cost the lives of over 25,000 men should be enough evidence of that fact. Most of us will never face such a weighty and world-changing situation. But, most of us will face the  pressures of someone at school or a co-worker “not liking us” or talking poorly of us behind our backs. 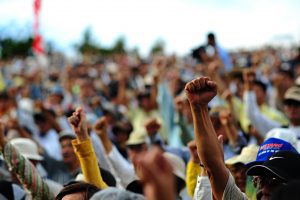 What if the “truth” is in conflict with keeping the peace? After all, keeping the peace is nice . . . right? In and of itself, that perception is a good thing. This is why the “right thing” can be argued by your opposition. Usually, the first to establish the high ground claims the moral stance, depending on the overall perception or agenda. Therefore, doing what you believe is right can be perceived as just the opposite. This is where the test begins. Are you willing to be viewed as wrong? Are you willing to be viewed as ignorant, unreasonable, and unyielding? Stand opposed to another’s agenda or conviction, and you will find out.

Editor’s Note: If you haven’t seen the new film Darkest Hour, it is well worth the time. The film depicts Prime Minister Winston Churchill (Golden Globe winner Gary Oldman), who must decide whether to negotiate peace with Hitler or stand firm in the face of the Nazi threat.