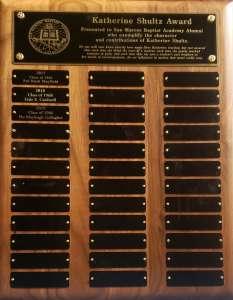 The Katherine Shultz Character Award was established by the Alumni Association Council in 2017 to recognize and honor alumni who have demonstrated extraordinary service to the school and in their chosen fields while exhibiting the remarkable character embodied in Katherine Shultz. Extraordinary service to the school can be defined in many ways: interest in San Marcos Baptist Academy, volunteer participation at San Marcos Baptist Academy, fundraising, leadership or simply uncommon dedication to the school and service to their fellow ex-students. Remarkable Character can be described in many ways: faith in God and fellow man; bold optimism and determination to overcome seemingly insurmountable obstacles; and wise mentorship that illuminates a better path for associates.

While graduation from SMBA is not a requirement, nominees must have attended SMBA and must have completed high school at least 10 years prior to nomination. Each recipient’s name shall be engraved upon a perpetual plaque bearing the name of the award. The plaque will be displayed at the Academy in a prominent place. Each recipient will be presented with an individual plaque.

All members of the San Marcos Baptist Academy community are invited to submit nominations for this award. Nominations will be reviewed by a selection committee composed of members of the Alumni Council, the Alumni Director and Academy administration who will elect the recipient(s). The recipient will be honored at Homecoming.

Nominations should be sent to the Alumni Council/Alumni Office, by the end of January to allow time for consideration before presentation at the next homecoming event.

Following is a list of recipients of the Katherine Shultz character Award.  You may tap or mouse-over each card to see more information, and tap or click the button on a card’s reverse side to see that recipient’s biographical sketch. For more information, contact the Director of Alumni Madeline Delong at delongm@smabears.org. 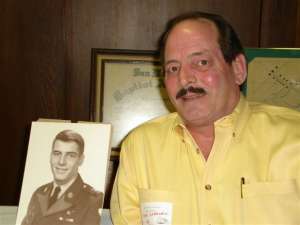 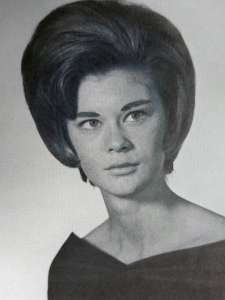 While attending the Academy, Dale was a member of the Honor Company for 3 years and was selected for President’s Honor Guard his senior year. He was First Sergeant of “F” Company his sophomore year; Platoon Leader with the rank of First Lieutenant his junior year; he attained the rank of Cadet Colonel and served as the Regimental Commander for the JROTC unit senior year.

Dale played on the Bears football team for three years and was named All League player his junior year. He was Co-Captain of the football team his senior year.

He served on Student Council for 2 years and was also Class Co-President junior year. In his senior year, Dale was a member of Thespians.

In addition, Dale was elected Class Favorite his junior year. As a senior, Dale was a nominee for Most Handsome and was named Mr. SMA.

Following graduation from the Academy, Dale attended Texas Christian University and the University of Houston, earning his Bachelor of Arts in Psychology.

Dale received his draft notice in July of 1972. He served 3 years with the First Infantry Division at Fort Riley, Kansas as a legal clerk and court reporter. He received an Honorable discharge upon completion of his three year commitment.

After spending several years in Houston working in the oil and gas industry, Dale moved to Wimberley in 1986. There he was involved in artistic endeavors in Theatre Arts with the local Community Theatre. Dale authored and produced the first world premier play in the history of Wimberley Theatre. The play opened in September 1994. Dale served as president of the Wimberley Players, a community theatre group, and the Wimberley Concert Association.

A Lifetime Member of the San Marcos Academy Alumni Association, Dale served on the Alumni Council from 1988 to 1994 and as president those final two years. Dale currently resides in Wimberley Texas.

In recognition of his commendable character, Dale Cardwell is presented the Katherine Shultz Character Award.

Flo Mayhugh Gallagher was selected as a posthumous recipient of the Katherine Shultz Character Award. Flo’s daughter, Lauren Bowen, joins us on the track tonight. Flo’s brother, Glen Mayhugh, who attended San Marcos Baptist Academy from 1965-1967 and his wife Pat are in the stands. Other family members who are with us tonight include Mike Gallagher and Mary and Gail Gafford.

Flo attended San Marcos Baptist Academy for 4 years, graduating in 1966. While attending the Academy, Flo served as Sophomore Class Officer. Her senior year, Flo was Student Council Vice President. She served on the Dorm Council one year. Flo cheered the Bears on to become Texas Prep League Champions in 1964 and 1965. Flo was selected by her peers as junior class favorite; then senior class favorite. She was a nominee for the Academy’s Most Beautiful award and was named “Miss SMA.”

After graduation, Flo attended Southwest Texas State University [now Texas State University] where she received her Bachelor’s degree. She completed her Master’s degree at the University of Houston. Flo taught reading and English for over 30 years in public schools in Texas, Arkansas, Idaho and Colorado. She was a devoted teacher and mentor who took interest in students with the greatest difficulty learning. She voluntarily stayed after school to assist those who needed extra tutoring. As with Katherine Shultz, many of Flo’s students returned in later years to thank her for pushing them to learn and to be the best version of themselves. She silently paid for many students meals in the school cafeteria. She anonymously provided clothing and food for students and their families. Flo was a dedicated teacher who personified the expression “No child left behind.”

Flo married Mike Gallagher in 1967. Their daughter, Lauren was born in 1983. Mike and Lauren were the light of Flo’s life. Flo was passionate about family, teaching, reading, travel… and her San Marcos Baptist Academy family and friends. Flo returned to SMBA for many homecoming celebrations. She felt that the Academy was her second home and considered her classmates as extended family.

Flo’s life was tragically ended on October 2011 in Grand Junction, Colorado.  After her passing a charity, The Flo Gallagher Memorial Fund for Child and Teen Grief Program, was established in Flo’s memory.

The Katherine Shultz Character Award is presented posthumously to Flo Mayhugh Gallagher in recognition of her passion in teaching and dedication to her students.

The first recipient of this prestigious award, Pat Rush Mayfield, began her journey in the fall of 1962 as a freshman joining both her brother Leonard Rush class of ‘63 and her sister Linda Rush Case class of ‘64. It was an extended family on many levels.

Pat Rush Mayfield was the quintessential choice. For example Pat, even to this day, speaks highly of Ms. Shultz not only as her mentor as but a measuring stick by which to live. Katherine was truly her teacher, guidance counselor and inspiration.

Pat’s many accomplishments both on and off of the SMA campus reflect Katherine Shultz’s influence in her life.